From a young age, I’ve had an insatiable curiosity in people and relationships.  As I got older, I used this curiosity to develop an active engagement in learning about the world.  Unsatisfied with my two decades of structured schooling, I graduated college and embarked on a process of de-educating myself – wanting to un-learn the values of competition and personal achievement and re-learn what it means to be human.

This process took me around the world – traveling, studying, working and living in various places throughout North America, Middle East, Europe, and Asia.  Although I had to leave my tribe and had no real destination in mind, I learned to trust myself and the many teachers I met along the way.  I wandered, stumbled, screamed, raged, cried, wrote, meditated, sang, loved, and shared – and realized it was true that “not all who wander are lost.”

During this time, I met many good friends and fell in love.  I also began my studies with eastern and indigenous philosophies, and more specifically, approaches to healing.  I spent time observing and learning from people, but also myself through meditation, yogic practices and indigenous healing ceremonies. While learning about things was nourishing, I realized that experiencing things was enlivening.

In 1999, this journey led me to the Thai-Burma border where I spent a year working with Burmese refugees, migrant workers, and exiled democracy activists.  I learned many lessons during this year about the destructive power of trauma and oppression, as well as the healing power of solidarity and human relationships.

I returned to the U.S. inspired to learn more about why people create suffering for other people and how I can try to do my part in relieving the suffering in the world.  It was at this time that I began my graduate studies at the Union Institute & University in Montpelier, Vermont.  It was also at this time that I was blessed with the birth of our first son.  Fatherhood deepened my drive to learn about how we can create healing for ourselves and in the world, and do better for our future generations. 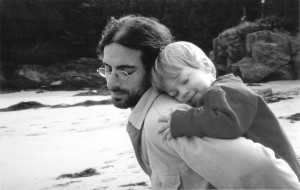 In 2000, while beginning my graduate studies, I stumbled across a flyer for a training program in Somatic Experiencing, which dramatically altered my academic studies and personal healing.  Having returned from the Thai-Burma border dealing with what I now understand to be secondary PTSD (also referred to as “vicarious PTSD” or “compassion fatigue”), old unresolved issues and trauma emerged in my own life.  Although I had a consistent mindfulness practice and good social support, it was time to open to the healing I needed – a doorway into deeper learning about myself and the world. I immersed myself in my own healing at the hands of several skilled SE practitioners.  In addition, my personal mentoring with Peter Collins, a body-oriented psychotherapist in Montpelier, taught me about the healing power of embodied relationships. 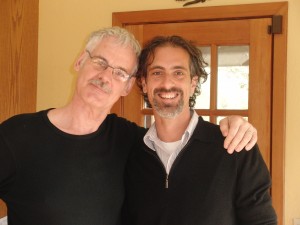 I was now coming full-circle in my own process.  I had set out from the U.S. to de-educate myself and break down the old structures within me that were holding me back, and now I was challenged to pick up the pieces and find how they fit together in a new way.  This was no easy task.  But personally, I was able to do this with the love and support of my family and some good friends.  I was also given the opportunity to articulate what I learned in this process through my Master’s Thesis, entitled Trauma & Civilization.  During the research and writing of this work, I was able to add my voice to the growing discourse on trauma and trauma healing.  I hope that even in some small way, my offerings on the subject might have helped open up the discourse to a new way of thinking about civilization and social healing.

Upon completion of Trauma & Civilization, I was encouraged and inspired to share what I learned with others and began offering workshops in Vermont as well as teaching at Community College of Vermont.  In 2006 we moved across the country to Northern California, where we now live on a small homestead in the hills surrounding Ukiah.  I have continued teaching, practicing Body-Mind Psychotherapy, being a father (to two boys now!), and being human. 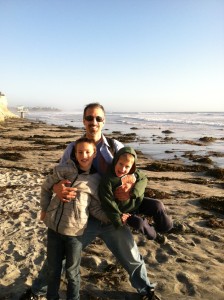 The next phase of my journey is unfolding as I write.  I’m curious and excited for what it brings…

We're not around right now. But you can send us an email and we'll get back to you, asap.